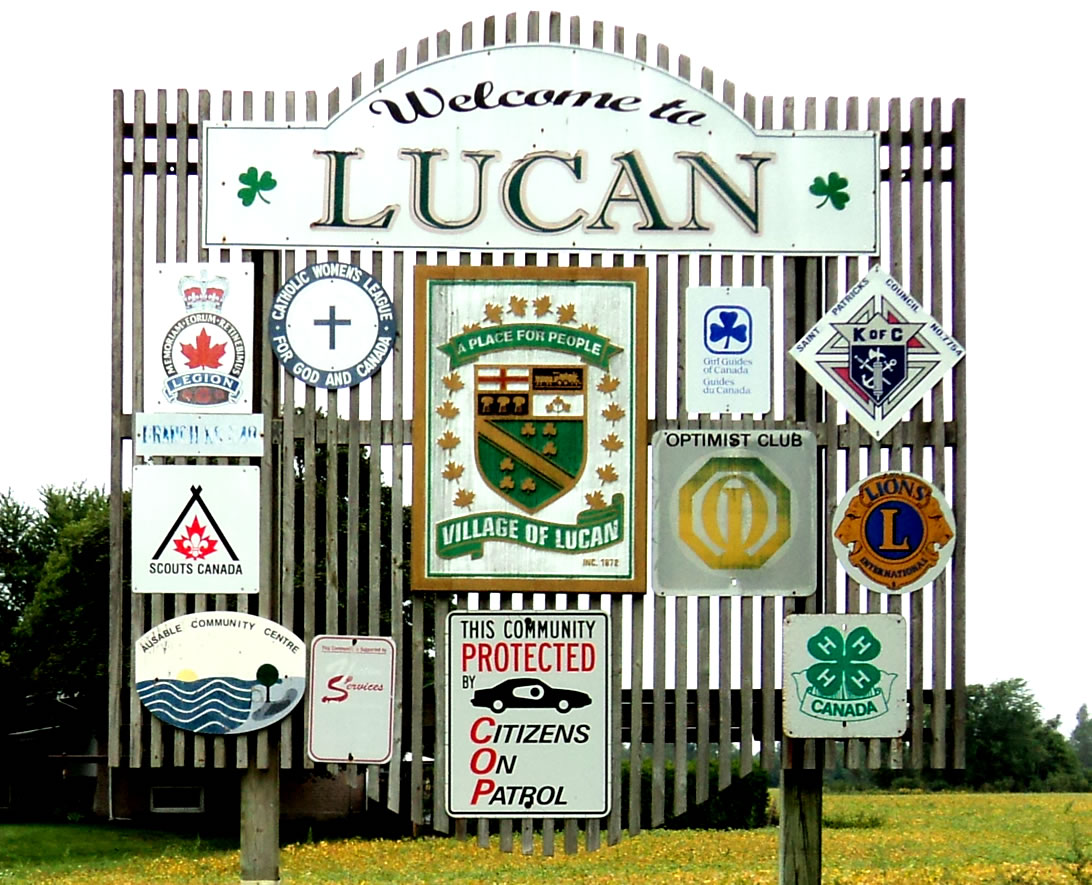 Lucan Biddulph is a rural picturesque farming community, that includes the urban settlements of Lucan and Granton. We are centrally located in South Western Ontario, being less than half an hour away from each of, London, Grand Bend, and Stratford, and only 2 hours west of Toronto.

Lucan Biddulph’s early history includes a strong Aboriginal presence which has been documented and is being presented at the London Indian Museum. The early immigrant settlers were people from Ireland who were fleeing the potato famine and included the Donnelly family who are well known for their exploits. These and other immigrants, including a large English contingent, started a community called Marystown. Lucan is also the site of the former community named Wilberforce, which was a Slave Settlement commonly known to be part of the Underground Railroad. Later the name of the community was changed to Lucan. This rich heritage is captured in our Museum that exhibits stories and artifacts on these and other historically significant events including local sports, horse racing, news and genealogy.

Our community is fortunate to have a first class recreational facility that includes an arena, gymnasium, hall, track, sports fields and outdoor pool. In addition there are three parks, an 18-hole golf course, several churches, and a number of excellent dining establishments. If you are looking for artwork, crafts or antiques you will find a unique shopping experience here as well.